Is it possible that Curtis Mayfield & the Impressions‘ “I’m the One Who Loves You” is so strong a song that not even a cheesy ’80s cover by Santana can ruin it? You tell me…after the break!

END_OF_DOCUMENT_TOKEN_TO_BE_REPLACED

Popular music goes through its cycles, just like anything else. I look around, and it seems that blue-eyed British soul has once again come to the surface. The last time I remember this happening big time, was around the mid- to late-’80s, when the coolest music was coming from England, and everything had to be stamped with passion and neo-soul. The airwaves were ruled by the likes of Simply Red, The Style Council, Dexy’s Midnight Runners, The Blow Monkeys, Paul Young, Boy George, Alison Moyet, Phil Collins, Prefab Sprout…everything was redolent of Marvin Gaye and Aretha Franklin, and everyone wanted to be a smooth operator.

I can see where the groundwork has been laid for a recent rise in British White Soul. With the exception of some hold-outs, black music has gone all Money, Gats, and Ho’s a long time ago. A lot of White music is taking a Luddite approach, and the jug band look rules the indie coda today. Dance music is ruled by an inane “wub-wub-wub” aesthetic. END_OF_DOCUMENT_TOKEN_TO_BE_REPLACED

For this mix, I really didn’t feel like speaking over the tracks, or putting down bed music in order to list songs with my tinny laptop microphone. I’ll let the list below suffice, and happy listening! 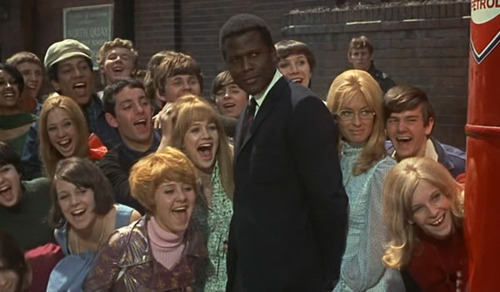 Based on my tastes in music and novels, you might say I’m a bit of an Anglophile. Sadly, as I near the half century mark, I’ve never been on English soil. Spending a few hours between flights at Heathrow doesn’t count. I need to get there someday.

For every 2 things I love about my father’s people’s contributions to rock ‘n roll, there’s something I find funny. Culturally, historically, and politically—on a level predating Elvis Presley and Chuck Berry—the English and continental Europeans have every right to shake their heads and tsk tsk at our naivete, but when it comes to rock ‘n roll, they’re the babes. For instance, I find the Brits’ love for American soul music both adorable and often highly appreciated. In our own country, specific periods of African American popular music are often left in the dust. You don’t see a whole lot of young African American musicians, for instance, forming Motown-style bands or Stax-style bands. (Yeah, I know it happens a little more frequently these days.) The beat goes on, baby. Gotta keep with the times. White rockers keep the flame burning for the Memphis sound, which their kin had a hand in from the beginning, but large swaths of urban soul styles are ignored by all but some music obsessives who hang around places like the Halls of Rock.

In England I get the idea that our discarded forms of soul music are constantly in high demand. For all the good intentions the island’s music lovers bring to the music—and for all the worthwhile acts of preservation and often-overdue props English artists provide—each generation puts a sparkling, fresh, cheeky take on the music. Often this comes in the form of a cherubic young woman whose booming voice sounds years more experienced and skin tones darker than could reasonably be expected. Despite the pain and suffering evident in the singer’s voice, her image is always of girl-in-the-flat-next-door variety. Adele,of course, is the latest and greatest of these soul stylists.

Most of these English pop-soul belters, male and female, adopt the Look and mien of the cast members of To Sir With Love. I hope Happiness Stan and other friends from across the pond have time to fill us in on the cultural significance that film plays over there. I bet it would explain something regarding the pep and vigor England’s soul singers bring to the genre.

Let’s take a few minutes to review the brief peak of Lisa Stansfield‘s career. I can’t say I know anything about her, and a brief read of her Wikipedia page wasn’t that interesting, but I first heard her music and saw her videos the year my wife and I lived in Hungary, the year when EuroMTV meant so much to me. When I stumbled across this video for “Never Never Gonna Give You Up,” in which the cat had already been dropped as the video begins, I was immediately brought back to a time when it was slightly exhilarating to know that anyone still dug the Barry White records of my teenage years.

END_OF_DOCUMENT_TOKEN_TO_BE_REPLACED 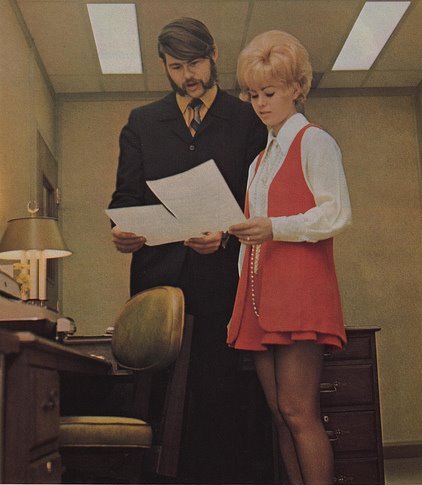 Not my Mom, not any any of her bosses.

In 2001—man, it doesn’t seem that long ago—Nixon’s Head, the band I’ve played in with old friends for nearly ever, was invited to contribute to a Muscle Shoals tribute album, Burlap Palace. The only requirements were that the song had to originally be recorded at Muscle Shoals and our version had to be recorded at a then-newly opened studio that was trying to make its name in town. As usual, we jumped at the chance to record and release a new song. As big soul music fans with a history of having covered plenty of soul chestnuts we figured we’d have no problem choosing a track. Then, as usual, we over thought the offer and spent 2 weeks sending each other detailed lists and frequently heated reasons why every song under consideration wasn’t quite right.

As much as we loved soul music and, Yankees that we were, thought all those southern scenes overlapped, we learned that we were not exactly connoisseurs of the Muscle Shoals Sound. They often seemed to drag the sweet soul music of Stax/Volt recordings into the unwashed early ’70s. The choice wasn’t going to be as easy as we imagined. The songs that first jumped out at us were quickly wiped off the boards. For instance, we had no hope of doing anything worthwhile with titanic Muscle Shoals recordings like “Brown Sugar” or “I’ll Take You There.” Had we still had my original guitar partner, Mike (aka John Quincy Nixon) in the band, the guy I taught how to play our nascent Head songs and punk rock favorites while he slaved away at learning every Lynyrd Skynyrd lick, we would have latched onto “That Smell” from Street Survivors. Mike had long ago moved across the country. We wisely avoided falling prey to our slave-to-humor tendencies and taking a crack at Bob Seger‘s “Night Moves.”

One poppy song that fit our core interests kept coming to mind: R. B. Greaves‘ “Take a Letter, Maria.” I grew up loving that song, and I knew our singer, my old friend Andy (Townsman andyr in these parts), did too. Hell, I’d spent a day with him in 5th grade crouched under a covered card table, spinning 45s for a nickle as The Human Jukebox at a school fair. We talked about it outside rehearsals, outside the e-mail chains with the rest of the band, as we often did (and, sadly, still do) when we feel the need to build a coalition behind what may be an unpopular position. We were always the AM radio guys in our band. Our guitarist-bassist, Mike (aka Chickenfrank), grew up as much a British Invasion and punk fan as we were, but he was a tougher sell on the kind of bubblegum stuff we dug (unless a Monkees cover was on the table). Our drummer, Seth (aka Sethro in these parts), was an easier sell for an AM radio staple. Andy and I planned to lobby Seth first. Our bassist at the time, John, was easygoing. Keyboardist/singer Dorothy may have had the best ’60s singles collection among us. We figured she’d be on board with this choice.

Growing up I really loved “Take a Letter, Maria.” It had a chooglin’ rhythm, like a CCR song, which I’d been a sucker for as long as I’d remembered. It had the “bullfighting” horns I’d first dug on my Mom’s Herb Alpert records. It told a story, a skill which in itself dazzled me as far back as my earliest record-spinning years spent rocking away and time traveling to The Band‘s “The Night They Drove Old Dixie Down.” As I got into my teens and the realities of my Mom’s pain and loneliness over her divorce sunk irreparably into my own world, the song took on further meaning.

END_OF_DOCUMENT_TOKEN_TO_BE_REPLACED

I noticed a post by Townsman Buskirk that R. B. Greaves has gone on to his ultimate reward. I honestly don’t know anything by him except the most excellent “Take a Letter Maria,” a song covered by RTH All-Stars Nixon’s Head (whose version, by the way, is preferred by my 5 year old, no disrespect to the recently departed intended). Based on that one song alone, I suggest that he was a GREAT man.