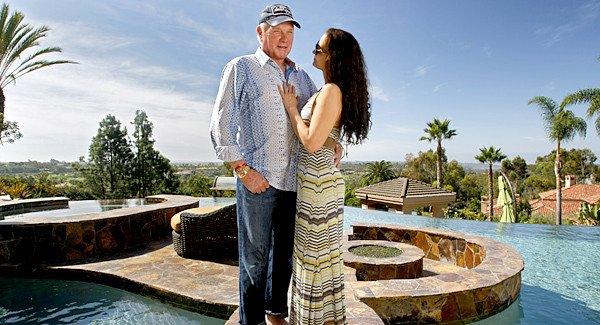 Love Is All You Need

If this photo from the Los Angeles Times is not enough to make you weep click here. (Thanks to Townsman Bobby Bittman for this tip.) 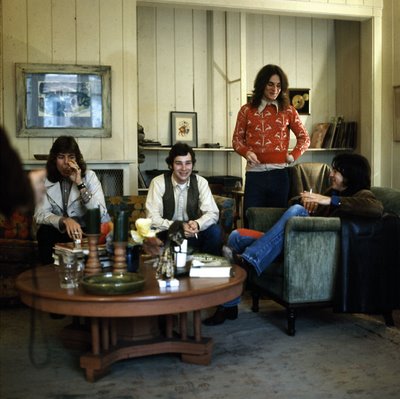 In 2001, Billy Corgan, Smashing Pumpkins drummer/sidekick Jimmy Chamberlain, and members of Slint, Tortoise, Chavez, Toto, and A Perfect Circle, and launched Zwan, a Tin Machine-like “this is a real band, mannnnnnn” supergroup. (OK, maybe no one from Toto was involved.) The band released one album, Mary Star of the Sea, in 2003, before breaking up.

To my ears, in limited exposure, Zwan sounded a lot like Smashing Pumpkins. To my eyes, the bassist was a notch hotter. Until now, I had no idea the band’s full name was initially True Poets of Zwan. That fact notwithstanding, is it time we revisit Zwan for consideration of a Critical Upgrade, wouldn’t you agree?
END_OF_DOCUMENT_TOKEN_TO_BE_REPLACED

Is it just me, or does this highly entertaining interview with the head Smashing Pumpkin say something about The Limits of Winner Rock?

Energy we can do something with. Apathy we can’t work with. Who’s above us? Who’s lighting the culture on fire? Nobody. We don’t have to live in that world. We have the biggest manager [Irving Azoff] in the world. He tells us we can get there, we will get there. We will crack the egg like we did in ‘92, without doing something embarrassing like working with Timbaland. We will find how to do our thing and make it work. I can write songs. We’re big boys. We’ll do it.

Is this what happens when you treat every single musical endeavor like you’re entering the ring? Is Corgan emulating post-game press conference-speak to an almost ridiculous level here?

Let me be blunt. When Bruce Springsteen puts out a new album I pay attention. Same with Neil Young. Because they’re major artists who have something to say. I consider us in that category. When we do something it should be taken seriously, even when we’re off. If we’re marginalized by the culture, we’re not going to play dead and say thank you for our B-plus status.

Admirable chutzpah, to the say the least, but I want to tell Bill: Saying so doesn’t make it so!

For many on RTH, Loser Rock is the ultimate musical bete noire. On the face of it, the words “Loser Rock” conjure the image of a broken, simpering man, venting his pain by cradling an acoustic guitar, mousily whispering words of a bottomless yet superficial despair, before finally collapsing in a pile of tears. Or perhaps the term summons the memory a doomed, slovenly, possibly soused twentysomething, howling against the elements, wringing a tortured sound from his Fender Jaguar, while a rhythm section plods along with a distinct lack of commitment.

Here in the halls of rock, Loser Rock can take on mythic proportions, often becoming the convenient scapegoat for the decreased popularity of party-rock, cock-rock… in fact, one could conceivably pin the decline of rock ‘n’ roll in the public sphere at the feet of Loser Rock. The ultimate sin of Loser Rock is that it ultimately encouraged listeners to equate rock with bad times, not good ones. And who honestly wants spend time at that party?

But of course in many ways this characterization of Loser Rock is a straw argument. Re-read the first paragraph; now, do you actually know any well-known musicians who are really like that, and nothing but that? I submit that the likes of The Smiths, Elliott Smith, and Belle and Sebastian are not Loser Rock so much as they are Alone Time Rock. (Paradoxically, The Smiths and Belle and Sebastian’s cult audiences have swelled to the size of their own social sect, practically. Of course, these fans are often cited as part of the problem by the anti-Loser Rockers. But that’s a whole other essay.)

That said, there is something called Loser Rock and it can be a positive or a negative. At its best – when acts like The Replacements, Aimee Mann, Nirvana, and Quasi are firing on all cylinders – Loser Rock owns up to reality. If Winner Rock thrives on the delusion that the odds can be defied (hence its frequent connection with sports), Loser Rock achieves catharsis by facing failure and articulating it accurately and perfectly. Sometimes, shit goes down and it’s best not to pretend otherwise. Loser Rock can allow you to wallow, and sometimes we all need a good wallow. But that’s not the only way. For a time, The Replacements showed us how to turn losing into a good party. Aimee Mann displayed the effectiveness of a precisely worded and dryly delivered summation of a losing situation. Nirvana wedded hopeless desperation to corrosive guitars and a rhythm section that frankly eats Winner Rockers for dinner. Quasi have entire albums that act as the indie-rock equivalent of Peter Finch’s famous Network speech, or perhaps Alec Baldwin’s in Glengarry Glen Ross. Get mad, sons of bitches.

In contrast, it seems to me, Winner Rock as Mr. Moderator defines it, is an almost abstract concept. The Clash addresses its audience as a whole? Doesn’t this tie in with that great band’s worst attribute – their rhetoric? I’m not convinced that Winner Rock is not, in fact, best represented by Survivor and Journey.

One final point, and an olive branch of sorts: An appreciation of Loser Rock does not mean one cannot also listen to Winner Rock. The point is that a person should be able to access a wide variety of emotions in their music collection, if they so choose. One day you might want to hear “Eye of the Tiger.” Another day you might want “Needle in the Hay.” Must every song be connected to “Satisfaction”?