No tremendous insights to share, but MAN do I love this song! Students of pinky rock take note. As an added bonus, that’s future Eagles guitarist Bernie Leadon leading the Gram Parsons-less Flying Burrito Brothers through this simple, energetic exercise in pinky rock, yet another reason to hate [the] Eagles. 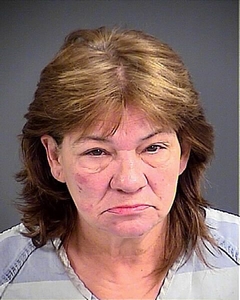 He was a hard-headed man…

A North Charleston woman is accused of wielding a knife in an assault on her roommate after he refused to stop listening to rock music by the Eagles Monday night.

I would’ve categorized this as “News” but…really? “News”?! I received this email the other day from a local radio station and it was entitled:

Here’s a quote from the note:

“A whole new world…” That’s what the legendary Joe Walsh told me as he described life as a sober Rock star. He’s feeling great, and we couldn’t be happier for him. I thought you might want to see the chat I had with Joe…”

Lots of questions come to mind after receiving this email and watching the video.

END_OF_DOCUMENT_TOKEN_TO_BE_REPLACED

Check out the following song, by Jethro Tull. Listen to the music. Does it remind you of anything?

Let’s try another 1-2 Punch, shall we? Top 10 lists are too much; Top 5 lists invite too many opportunities for throwing in a hipster, obscuro choice to distinguish oneself from the raging masses. What I’d like to know is what TWO (2) songs you would choose from an artist’s catalog to say as much about that artist that you believe represents said artist’s core as possible? In other words, if you could only use TWO (2) songs from an artist’s catalog to explain all that said artist is about to a Venutian, what TWO (2) songs would you pick to represent said artist’s place in rock ‘n roll?

Hey man, you can take your country rock and leave the best parts of The Flying Burrito Brothers to me! I love the band’s first album, The Gilded Palace of Sin, for its heavy bass, fuzz guitars, and reedy vocals. No offense, but I could give a damn about the whole “country” thing. My favorite country music usually sounds like rock ‘n roll anyhow.

As much as I love the band’s debut, it’s all a little hokey and dated, the way many “psychedelic” albums are bound to be. Better yet is the band’s 1970 follow-up album—and the last one with St. Graham Parsons—Burrito Deluxe. It’s actually way more country rock, with future Eagles member Bernie Leadon joining the band on lead guitar and vocals. As much as I hate Eagles (not The Eagles, as we recently learned), Burrito Deluxe explains why anybody else may have cared to make such music. (Thank god some of the pub rockers, like Brinsley Schwarz, actually had the spirit and playfulness to nail this approach!) Maybe some fans like the more traditionally country songs, but for me the album centers around a few pinky-rock classics: “Lazy Days,” a breakneck cover of Dylan’s “If You Gotta Go, Go Now,” and the song with this super-hokey video that I just found, “Older Days.” (The album also featurs a nice version of “Wild Horses,” but I’m afraid to tell you that for fear that your mind will run to a series of glorified Stones cliches.)

There are few musical styles that more readily hit my soul than chooglin’ pinky rock. When done by The Flying Burrito Brothers on Burrito Deluxe I get the perfect mix of the best parts of the intersection of The Grateful Dead’s occasional pinky-rock workouts and The Velvet Underground‘s Loaded. And that Bernie Leadon was something else! I remember seeing an old Eagles performance of one of the few songs by them that doesn’t make me throw up, and Leadon was on fire. How’d that guy get lost in the rock ‘n roll shuffle?

I’ve long sought videos of the band from this period with no luck. Tonight, after a pretty trying day that, unfortunately, looks to be headed for an equally trying tomorrow, I hit paydirt! Here’s an actual live clip of “Lazy Days,” from the time shortly after Parsons left the band.