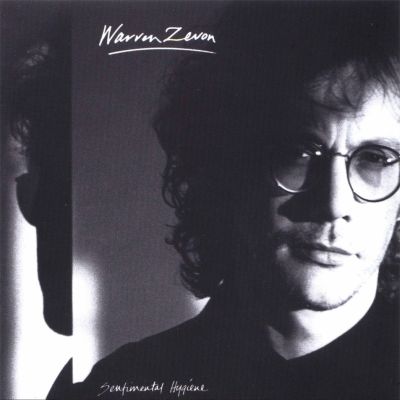 As I mentioned yesterday, I finally picked up Warren Zevon‘s largely overlooked Sentimental Hygiene, his 1987 release with members of R.E.M. and other guests that signalled a return to form following a particularly long and intense period of drug and alcohol abuse, even by this hard-living cynic’s standards. Five years after Zevon’s unexpected premature death by lung cancer (who didn’t think he would OD?), this album stands as a bookend to the artist’s typically other overlooked work, 1980’s Bad Luck Streak in Dancing School. Considering I’m listening to this album for the first time ever and it sounds exactly like every other album I’ve ever heard by the guy, my initial thoughts follow in cut-up fashion. My thanks to a variety of critics and bloggers, who did the heavy lifting and posed, sometimes unintentionally, a couple of piercing questions.
END_OF_DOCUMENT_TOKEN_TO_BE_REPLACED

Prize winners after the fold.
END_OF_DOCUMENT_TOKEN_TO_BE_REPLACED

The Movie: The Eagles

Who plays who? Not just The Eagles but any relevant player in the scene, man.

Wiley, the publisher of the Don Felder bio-tome discussed here, was unable to secure us an interview with the man (missed it by this much) but has been kind enough to offer 10 free copies of Heaven and Hell: My Life In The Eagles (1974-2001) by Don Felder and Wendy Holden.

Soooooo. Here in The Back Office we have assembled an anonymous team of judges who will select the top 10 responses. You will be awarded points based on; creativity first and foremost, historical accuracy and neatness.

You have until I say you have to stop. 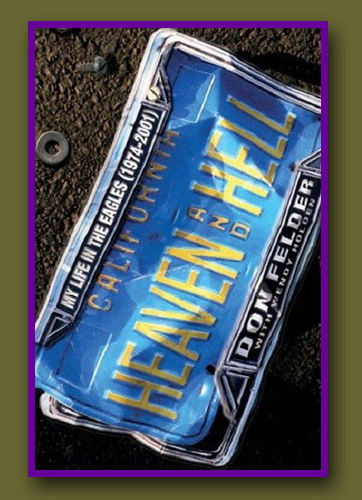 Wiley Publishing recently contacted The Back Office with a request that Rock Town Hall review their upcoming release of Heaven and Hell: My Life in the Eagles (1974-2001) by Don Felder and celebrity biographer Wendy Holden. Our request for an interview with Mr. Felder (we even told them we had a correspondent in Australia) was politely responded with an offer for a free review copy of the book. We don’t even have to return it!

RTH lurker, avid rock bio reader and spouse of The Back Office, took on the task of summing up this Topanga-tinged tome.

There is suffering even if you are a ’70s rock star …well, in a rock band in the ’70s…Don Felder was never really allowed to be the star of The Eagles because Don Henley and Glen Frey sucked all of the oxygen out of that jar.

Heaven and Hell is Felder’s co-written autobiography of his rise from dinky Florida house without air conditioning to Malibu Beach House and then back again to one-bedroom, post-divorce apartment. I’ve read almost every rock autobiography and biography that I come across, and many share the same cycle:

Don Felder got fired in 2001, though, after Hell Froze Over. His manager, who also managed all the other Eagles, let him know over the phone that his services wouldn’t be required anymore. Ewww…almost like he was temping at Manpower.

Life in the Eagles sounds like hell. They shoulda all been banking their massive paychecks and counting the days until retirement arrived. Various forms of anesthesia helped everyone through the moments they were required to spend together.

Felder says that a good home life with a wife and kids helped him gain something to return to when he wasn’t touring or recording, but I couldn’t help but imagine how independent a wife would have to be to raise four kids without him around. When he was at home it must have been like having a guest in the house. His wife got a life, so he called her and fired her over the phone. Ewww…almost like she was temping at Kelly Girl.
END_OF_DOCUMENT_TOKEN_TO_BE_REPLACED

For those of you of a certain age, think of all the great songs from an earlier era in rock ‘n roll that you first heard through the hit cover versions by Linda Rondstadt. Take Betty Everett‘s “You’re No Good”. I know you, loyal Townsperson, are about as cool and knowledgeable as rock ‘n roll fans get, but if you’re of that certain age range, I doubt you’d ever heard of Betty Everett and her version of “You’re No Good” until years after you’d dug then completely denied the wonders of Linda Rondstadt’s string of ’70s hits. Excluding those of you younger than 38 years old, raise your hand if you honestly heard Everett’s excellent original before this major hit song. In fact, I’d bet that most of us didn’t know if was a cover until a good 5 years after the song’s release.

Linda’s version isn’t as cool as the original, but you’ve got to give her credit for looking good in a Plain Jane way.

Let’s pause for a second to reflect on just how cool the original version of “You’re No Good” is…and let’s give thanks to Linda for turning most of us onto this definitive version!

This clip from Under the Covers, the actually interesting rock documentary of ’70s So-Cal album cover artists Gary Burden and Henry Diltz, is believed to be the “smoking gun” of the moment when ’70s rock ‘n roll first took a hard turn for the worse.

The back cover shot documented at the end of this clip is one of rock’s true “If only…” images.