In this week’s edition of Saturday Night Shut-In Mr. Moderator addresses the one album in his collection that has aged worse than any other album he’s ever purchased. Hearing the 2 prime cuts from the album bums him out. Later, he makes things better and takes us all out with an entire album side from The Pretty Things‘ Parachute. Other stuff happens before and in-between. Enjoy. 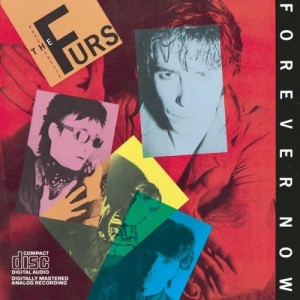 In a rare, reflective moment, the white suits over at RockTownHall Labs were recently gazing bleary-eyed at the various records and cds contained in the climate-controlled vault when, in an even more rare moment of sudden group awareness, and without the aid of the RTH topic generator, it occurred to several of us that we own records we haven’t listened to in years, records we can’t seem to get rid of.

Was this (anal) retention the result of some childhood trauma? A clinging to nostalgia for our 17–23 musical coming-of-age demographic frollic in the rock ‘n’ roll sun, after which our musical tastes ossified along with the bones in our lower spine (males only)? A passive form of denial, or at least an unwillingness to deal with the clutter, physical and emotional, of our present and past, respectively? Are we really ever going to play that third Psychedelic Furs record ever again? The CCR Best of record? Hasn’t culture blunted our need to spin those songs ever again in our own homes? And what of all those ’90s bands that had a great song and so we bought 3–4 albums and some 7-inches by them hoping in vain that they’d replicate the success? RTH Labs now invites our readers to stand up, state your name, and join the conversation in a show of healing and in a concerted effort to  move onward past the doldrums of self-inflicted record collection melancholy.