For me, The Beatles’ rooftop performance from Let It Be is one of the most fascinating musical performances ever put to film. It’s not the “greatest” performance ever committed to film, or anything like that, but it’s like stumbling across the gods of Mount Olympus playing a pickup game of touch football on an open city lot. Just the still images of them playing live and in the studio on the cover for Let It Be resonate with me as deeply as they did when I first stared at them, as a kid.

I wonder how many RTHers got the news of the death of John from Howard Cosell on Monday Night Football like I did? Probably not all that many as I know I’m an old-timer here. Shocking to think that it was 33 years ago, the memory is so vivid.

Maybe more amazing than the fact that 33 years have passed since John’s murder is that last week marked 12 years since George died.

Anyway, I’m more prompted to write this by having heard a cover of “Merry Xmas (War Is Over)” the other day on the local radio station that plays all holiday music from Thanksgiving through New Years (there must be one of those stations in every city, right?). I’m not sure who the artist was. A search on amazon shows 15+ covers and I’d guess the one I heard was by Sara McLachlan.

I’ve admitted to being an old-timer but now I’ll admit to being an old fart. I’m sorry, I’ll allow as how this song maybe, maybe, maybe could be covered but there’s no reason for a radio station to play anything other than John & Yoko’s original. It’s sacrilegious.

Agree? Disagree? Any other songs that should only be performed by the original artist?

If you want it… 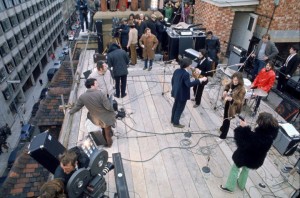 How did it take me until 8:34 EST to realize January 30th is the 44th anniversary of the Beatles’ rooftop concert? Can we make this an official RTH rock-oliday? How would we celebrate it? Jam on a rooftop? Wear a woman’s fur coat?

On tonight’s episode of Saturday Night Shut-In Mr. Moderator tells a story about his father, confronts his profound sense of vanity in the face of turning another year older, and takes yet another cheap shot at Almost Famous, or more precisely folks too high-minded to join him for a screening of Rock of Ages while holding onto the belief that Almost Famous is a “good” movie. 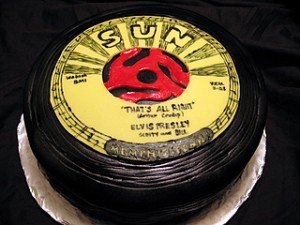 The #1 song the day I was born was “I Can’t Stop Loving You” by Ray Charles, which I think is pretty cool. I wonder if any other Townsman has a birthday song (ie, #1 on the charts on your birthdate) that’s any cooler. The only rule would be that it has to be the US Top 40 Chart for the US Townspeople or the UK Chart for people like Happiness Stan (no cross-referencing). (The same goes for Canadians, Australians, and so forth.)

If you don’t know the #1 hit song from the day you were born off the top of your head you can look it up here.