We here in the Halls of Rock Town are sometimes taken to task for being overly negative, snarky, hyper-critical, and all too often, just downright rude. As part of our collective efforts to bring a bit of sunshine and light to the world wide web, we occasionally make an extra effort effort to find something good to say about, you know, stuff that is clearly godawful. To some people.

It is in that spirit that we embark on yet another effort to bring some positivity to our proceedings. Please spend some quality time with music written by the band above, then—if you can—please find something nice to say about them. You’ll feel a whole lot better, I promise you. 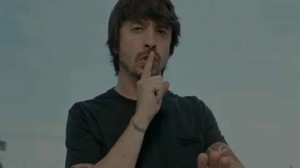 Read this and share your initial thoughts. That’s this piece. Thank you. 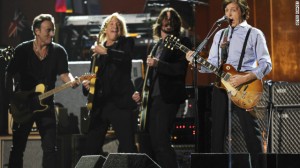 So much promise, so much love…on Paul McCartney‘s 70th birthday I choose to remember the better days, not the painful ones. What’s your favorite Paul McCartney moment?

You probably know that Mick Jagger is hosting this week’s May 19 season finale of Saturday Night Live. Yes, he’s hosting—certainly doing a mumbling, aw shucks monologue complete with those twinkling forever-young eyes and numerous runs of his fingers through that still-luxurious hair, certainly appearing in skits and possibly being funny on occasion. Can we expect much in terms of blowing us away with his comedic acting chops? He’s had a few cracks at an acting career with little success over the years. I guess he’ll play music, too, although Keef says he’s not going to make a guest appearance with his old Glimmer Twin. We’ll see.

Jagger’s going to have to work hard to top Paul McCartney’s appearances in skits on SNL and elsewhere. Considering he was the worst actor in the Beatles’ movies, Paul’s become pretty funny in his advanced age. You know Mick’s gonna be gunning for Paul’s title as Rock’s Funniest Living Legend. He goes way back with the SNL crew, but he’s never hosted. Paul’s been on the show a number of times and killed in skits, but Mick is the first of these living legends to be billed as “host.” I bet he’s psyched.

You know Keef couldn’t care less about holding the title of SNL host or Rock’s Funniest Living Legend. Pete Townshend would be too weird to ever work in American sketch comedy. Can you imagine Bob Dylan vying for the spot? He might be the funniest rocker ever to appear on SNL, but you wouldn’t be able to tell.

Like McCartney, Jagger’s still “in the game”—at least as far as he’s concerned. Mick’s fit and trim. His hair refuses to turn gray. He’s probably hipper than any of our dads. Mick and Paul are the self-perceived Last Men Standing among 1960s pop stars. These days, who’s cooler: modern-day McCartney or modern-day Jagger? 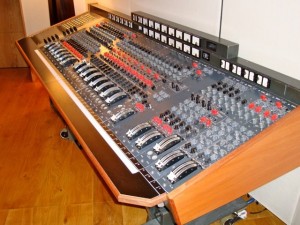