Changes in band chemistry need not ruin a band’s sound, but they will alter it greatly – sometimes for better, sometimes for worse, sometimes for something just as good and interesting as the orginal but…different. Today, I’m most concerned with the first and last categories. We need not spend much time on the “for worse” category. Remember, this is a site to which fans on Ron Wood-era Stones need not apply.
END_OF_DOCUMENT_TOKEN_TO_BE_REPLACED

I’m sure this must have been an earlier discussion I missed [I don’t think there was – Ed.], but with Mr. Mod talking about “chick music” it got me thinking. Again, I’m sure there’s an RTH link to a definition [Believe it or not, there isn’t, but this post may get us there! – Ed.], but to me, chick music is actually guy music that women in the room would find appealing. It’s a way to damn a band as well. For instance, I think The Cult is chick music as a way of denigrating them.

It could be argued that bands that started out as as guy bands became chick bands as the band found where its bread was buttered—thinking The Cure, here.

So here’s a poke at a band that I would imagine is much regarded in these Halls, but that I find the MOST CHICK BAND EVER.

END_OF_DOCUMENT_TOKEN_TO_BE_REPLACED

I’ll pose two artists, one of whom YOU asked for, and you—love ’em or leave ’em—give me each artist’s representative 1-2 Punch. Dig? Here goes! END_OF_DOCUMENT_TOKEN_TO_BE_REPLACED

I knew these facts distinctly, but until watching this 1977 live clip of Bryan Ferry it hadn’t occurred to me that we’ve interviewed two members of his touring band from this period. Who do we go after next?

What if Bryan Ferry continued with his 1978-era beard? How might rock history have been changed? 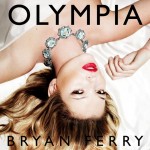 Has anyone heard the new Bryan Ferry album yet? I know it’s got members of Roxy Music (including Eno), Jonny Greenwood, and probably some other cool cats, but I’ve not yet mustered the energy to even seek out and sample a YouTube clip. Should I, or will it be one more super-smooth attempt at recapturing the “magic” of Boys & Girls? Come to think of it, has Ferry been getting a Lennon Pass all these years? If so, believe me, I’ve been as guilty of issuing the pass as anyone. But why?