Facebook reminded me that it’s the anniversary of the morning I woke up to this dream, one of my 3 Most Memorable Music Dreams.

Have you ever had a music dream? The other ones that stand out for me are the time I got to meet my childhood heroes The Band in the basement of a club, a basement that wasn’t too different from the one on The Basement Tapes. I met them, however, on one of those post-Last Waltz shows, before band members started dropping, as Robbie Robertson feared they would, if they continued on The Road. One Band member was more out of it than the next. It was a very sad dream.

Just outside my Top 3 list is an image-free dream I once had of hearing a Frippertronics version of Them‘s “Gloria.” If I had the patience, I might one day be able to make that dream come true. 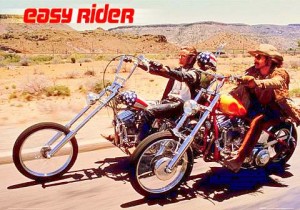 Street festivals, county fairs, ethnic celebrations…every weekend I scour local events calendars to see if there is anything remotely interesting to see around DC, especially for free. (Oh look, Weezer is playing a free show at a Microsoft store in Arlington, VA on Aug. 11th!)

Last summer, I saw The Bangles (who are still keeping it together) at a county fair. I’ve seen Al Green (fantastic), Joan Jett, Kansas (umm), Soul Asylum, Gin Blossoms, Etta James, Old 97s (at an Italian Fest in Chicago!) — some good, some bad.

But the most memorable free show was seeing the 1990s version of the Band at a Taste of DC festival…circa 1994 or so. They sounded great, Danko was there, and there they were playing in front of about 500 people at some side stage.

In the spirit of season, what’s the best show you’ve ever seen for free?

In this week’s edition of Saturday Night Shut-In your host, Mr. Moderator, lacks time to chat but constructs a set around some thoughts on Levon Helm and the passing of yet another member of one of his childhood faves, The Band. 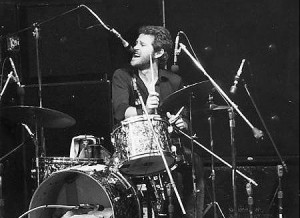 A friend passed along this sad note on Levon Helm‘s Web site. I knew Helm had been battling cancer, and he didn’t look like the picture of health over the last few years, but it saddens me to think that yet another member of a band that has meant so much to me since childhood, The Band, is about to cross maybe the greatest of divides.

The Band’s second, self-titled album is one of the first albums my uncle gave me when I was a little boy. I played it to death and wore out the textured gatefold album cover with all the time I spent gazing at those beards, almost groping at the pictures of them recording such magical music in regular-looking surroundings. Robbie Robertson was The Genius, but Levon had the best beard—and he sang “The Night They Drove Old Dixie Down” like his life depended on it. No, that’s not right: like the South’s legacy depended on it. I still get chills every time I hear that song. As a little kid the gave me a “living” sense of a significant piece of our nation’s history. A young Yankee felt a kinship with those ancient Southerners. I still do, despite the fact that I’ve hardly spent any time in the South excluding trips to tourist traps in Florida.

When The Last Waltz was released my childhood love of rock ‘n roll was rekindled in a big way. I started learning all sorts of nerdy things about The Band that I wasn’t aware of at the age of 6, including the band members’ Canadian roots, all but Helm’s, that is. He was the real-deal Confederate of my boyhood Civil War fantasies. Watching him sing with his head cocked, his shoulders hunched, and that half-smile was a revelation. I was used to seeing Ringo happily bashing away and singing “Boys” or whatever crowd pleaser he was assigned, but Levon was something else. He brought funk and fire to The Band that never came off hokey, the way the performances of a then-peaking Southern rock hero like Ronnie Van Zandt could to a private school-educated kid from the Northeast.

END_OF_DOCUMENT_TOKEN_TO_BE_REPLACED 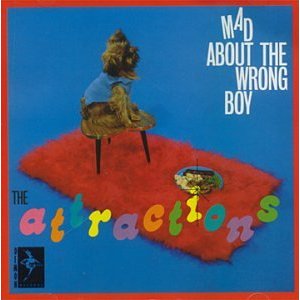 Neil Young‘s “Cripple Creek Ferry” popped up on my iPod the other day. What a great, little snapshot of a song. What’s that film-making device called, when the camera pulls back and you just know the ending credits are about to roll? I love songs that serve that role, be it at the end of either side of an album (see The Undertones‘ “Casbah Rock” as another fine example of what might be a future Glossary entry).

Anyhow, as I listened to “Cripple Creek Ferry” for the first time in probably 6 months I was reminded of yet another unfulfilled rock ‘n roll dream: to record a song with what I’ll call a Ragged Canadian Chorus. Two of my main musical colleagues over the years, andyr and E. Pluribus Gergely, cringe at this approach to backing vocals. Beside the fact that they’ve shot me down whenever I’ve suggested this approach and that we don’t have the chops to pull off such deceptively casual backing vocals, we’re not Canadian.

In my mind I initially termed the loose, dragging, community-style chorus of “Cripple Creek Ferry” the Ragged Hippie Chorus, but then it occurred to me that the next two examples I had of this style were by Canadian artists: Joni Mitchell‘s “Circle Game” and almost any song on my second-favorite album of all time, The Band’s s/t sophomore triumph. It must be a Canadian thing, because when American bands try this it either sounds like shit (eg, The Jefferson Airplane and The Grateful Dead) or is a little too smooth (anything involving JD Souther with a hand cupped over his ear). When English bands try this they sound like a bunch of paunchy guys at their local pub’s Celtic night (eg, Fairport Convention). Not that there’s anything wrong with that.

The Canadians do it just right. I love how it sounds like a group of friends is hanging around in a booze-and-smoke–filled cabin, when the lead singer decides to play everyone his or her new song and then the friends casually feel motivated to sit up and join in on the chorus. I imagine lots of curly hair and denim, tightly fitting plaid shirts with 3 buttons undone, a thumb hitched in one singer’s front jeans pocket and another singer’s four fingers shoved down a tight back pocket. Fresh sensations of recent bed-hopping within the circle of friends hang in the air along with the pot smoke. The ritual cult-like effect of the Ragged Canadian Chorus is both soothing and slightly unnerving.